Industry veterans, Jerry Sweetland and David Zimmerman to lead Stanadyne through next phase of global growth 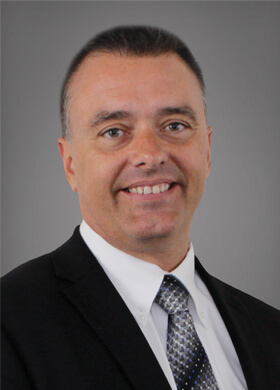 “Since Stanadyne acquired Pure Power earlier this month,” says David Galuska, Stanadyne Chief Executive Officer, “our collective goal has been to establish the best and brightest from both companies in positions where they can broaden our global market presence and accelerate growth.”

Pure Power, which manufactures fuel, air-management and after-treatment systems for light-, medium- and heavy-duty diesel engines, is based in Columbia, S.C., where Sweetland will continue to direct the operation through this transitional phase. He was one of six original employees in 1999 when Siemens and Navistar founded the company as a joint venture, and by 2016, Pure Power evolved into an independent operation with Sweetland at the helm. Sweetland, a 25-year industry veteran, has also held leadership positions at Detroit Diesel, Siemens Automotive and Continental Automotive.

“This is an exciting time for Stanadyne, and I am thrilled to be taking the lead on Stanadyne’s diesel products, says Jerry Sweetland. “Stanadyne has a long and innovative history in the diesel industry, and I look forward to bringing Pure Power’s diesel technology to the table for the next phase of our combined growth.”

Zimmerman, who joined Stanadyne in May 2018 after three decades in the auto industry, began his diverse career as a test engineer for Lear Corporation. He also led the development of Ford’s Windstar minivan seat system and was an engineer and sales manager for cam drive systems in powertrain at BorgWarner. Immediately prior to Stanadyne, Zimmerman was the Director of key account management at Continental Automotive, overseeing the commercial and technical relationships with Ford Motor Company.

“Having been with Stanadyne for the past year, it is an honor to be named President of gasoline products, says David Zimmerman. “The potential of our gasoline direct injection line is very strong, and I am ready to carry over the success we’ve had in the Americas under my tenure to the global stage.”

Ready to get started?